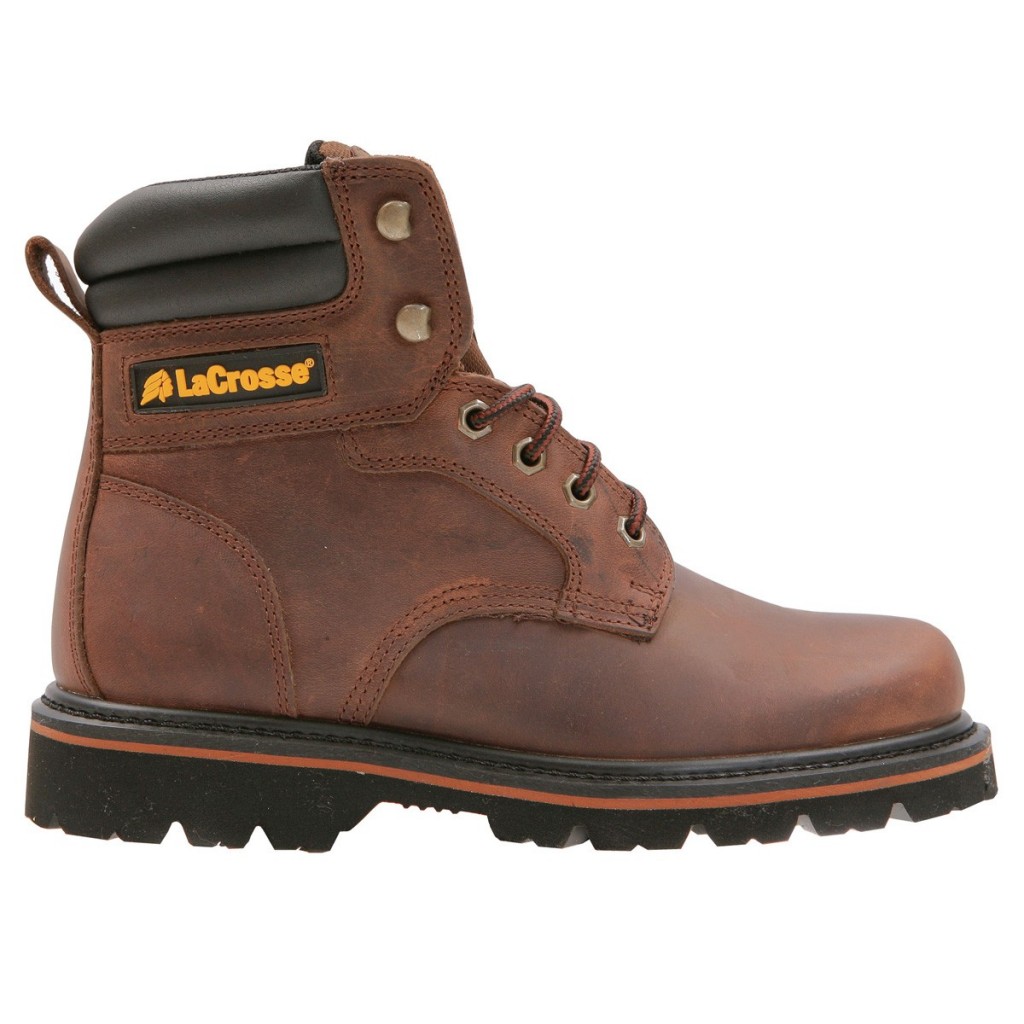 LaCrosse foreman leather insulated boot. Totally waterproof with 600 grams of thinsulate insulation. Soft toe sale price $99.99 Steel toe price $119.99. Save $40.00 off retail price. We are in Northern Michigan , the town of Kalkaska on US 131. Located close to Traverse City, Grayling and Gaylord 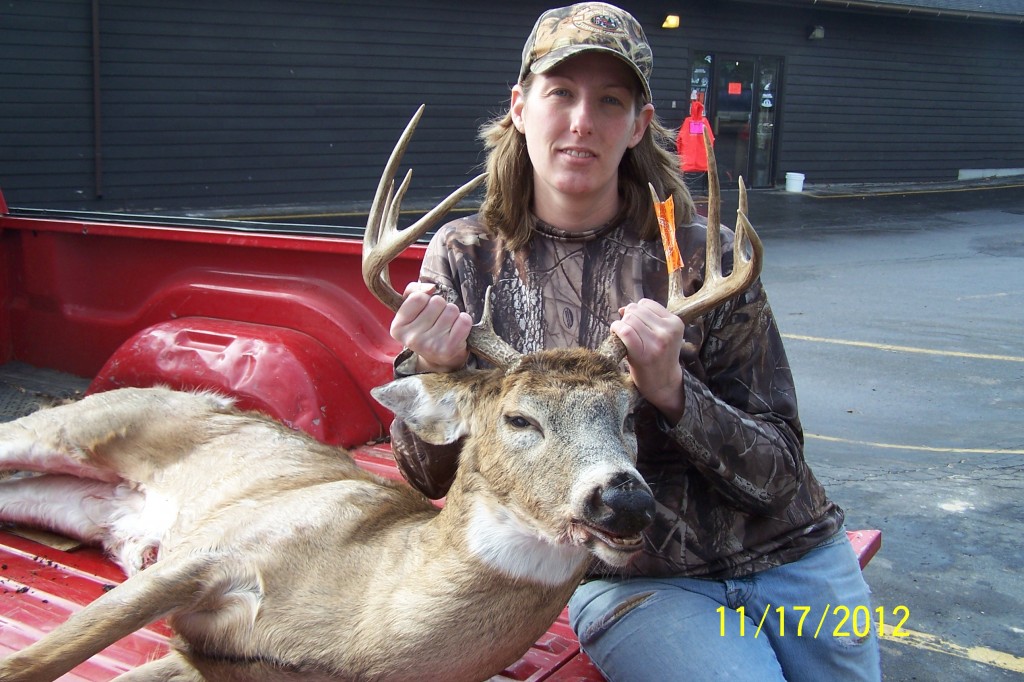 Gina Richards shot this beautiful during firearm season and won the Women’s Division, also placed fourth overall. It was a 9pt weighed 150 and scored 111 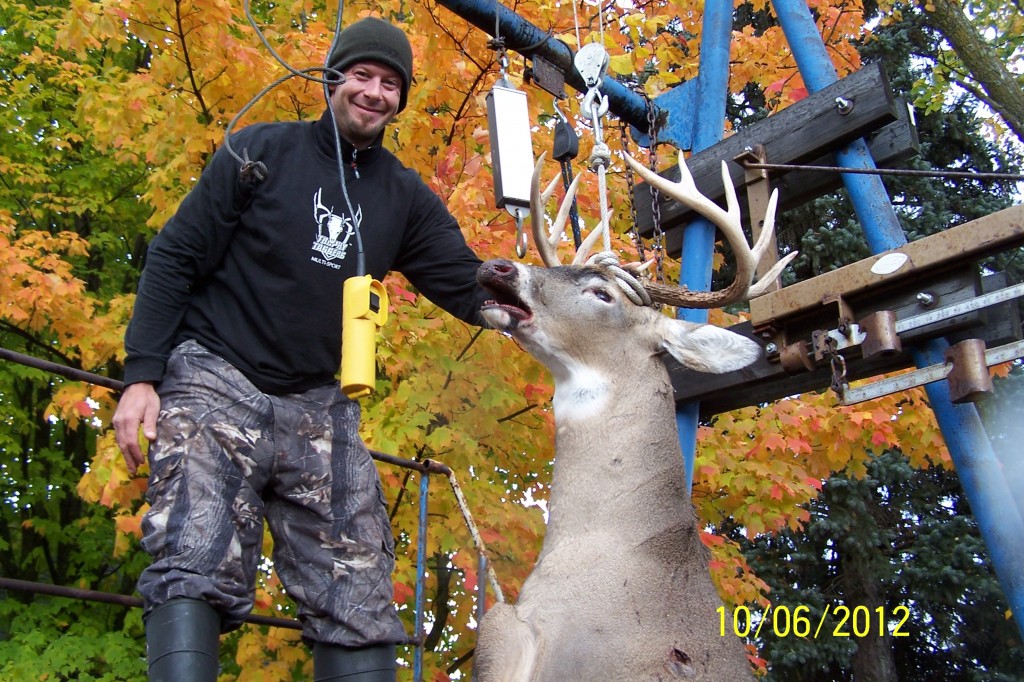 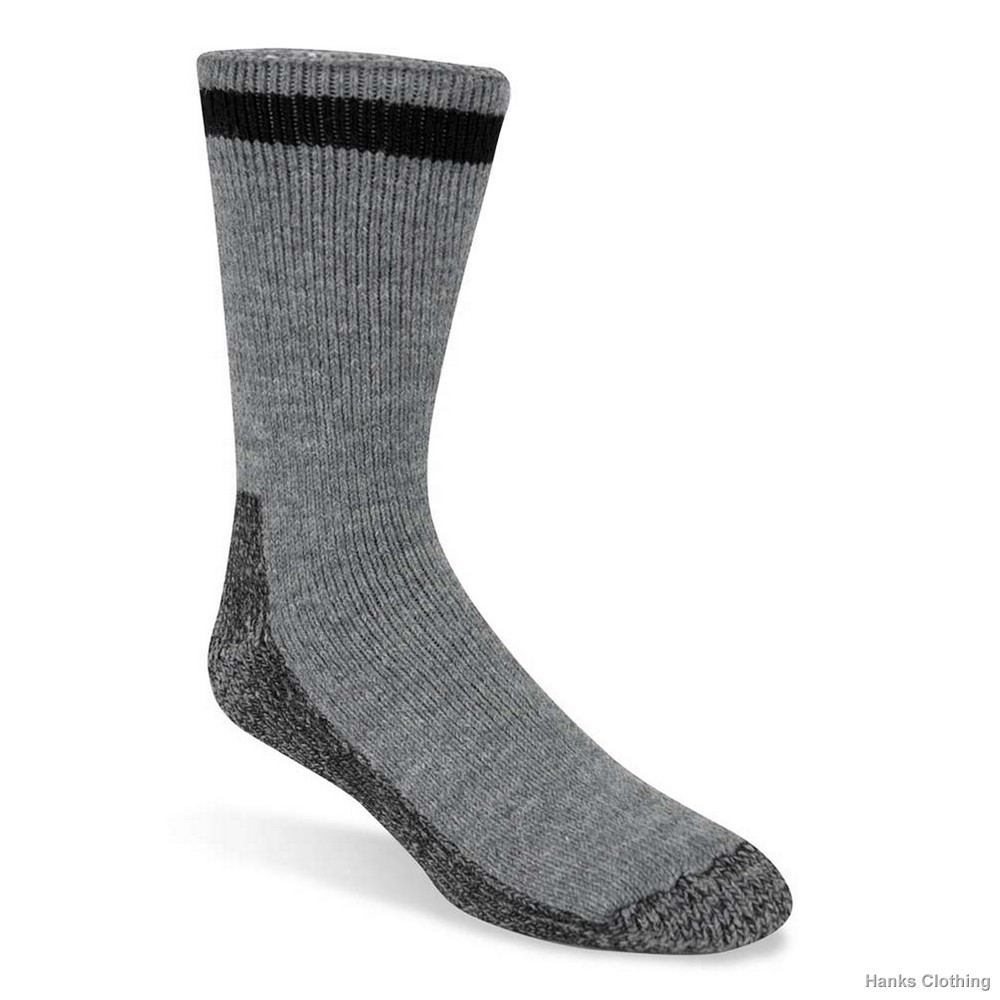 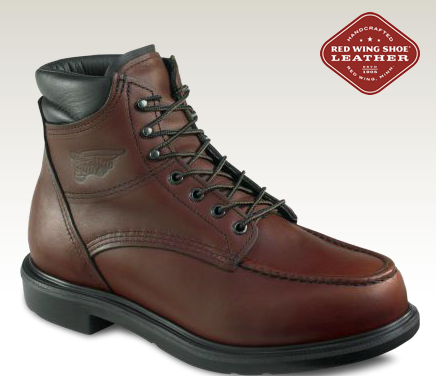 Excellence is a standard which transcends the test of time. For over a century Red Wing purpose-built footwear has been at the spearhead of innovation in the standard of excellence for work boots.

Around the turn of the 19th century a Red Wing, MN shoe merchant named Charles Beckman saw a local necessity for shoes specifically designed for the demanding work of industries such as mining, logging and farming. The rigors of these jobs required footwear which was tough enough to outlast harsh working conditions, but Beckman envisioned a shoe that was also comfortable enough for the hardworking people who wore them. Beckman set out to develop work boots to fill this need and in 1905 he and fourteen investors opened a company that would change the market. Beckman named his company Red Wing Shoes, and thus a new standard for excellence was born.

Over one hundred years has passed since our founding and our commitment to producing only the highest grade footwear remains as unwavering as Beckman’s vision. Our products consistently perform in environments spanning from the Mideast oil fields to the Midwest corn fields. Red Wing boots protect workers in more than one hundred countries across the world, an accomplishment built by years of hard work, endurance and the promise to never compromise on our quality.

A testament to that promise can be found in our Heritage collection which is made up of footwear that represents the American ideals of prosperous work and excellence. All the styles in the Heritage collection are designed and built just as they were fifty, sixty and even over eighty years ago and are all made using premium Red Wing Shoe Company leather from our very own S.B. Foot Tannery. They are handcrafted to the specifications which made each style timeless when they were first introduced.

Red Wing products are proven to perform and outlast. Behind each pair of shoes exists over a century of experience. So whether you are buying footwear, garments or accessories, rest assured that the Red Wing logo stands for a standard in excellence like no other. 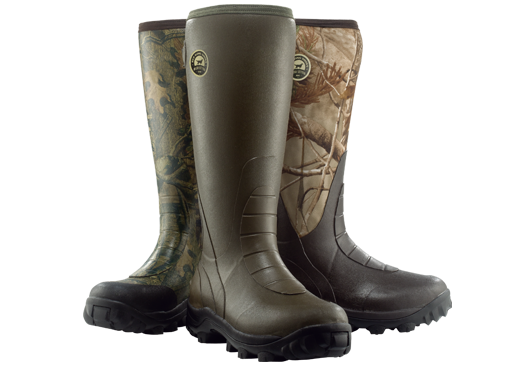 Irish Setter is a brand that stands for innovation. We introduced ourselves in 1950 with the first of our breed, boot style 854. This distinctive boot was built using rich Red Russet leather, the color of an Irish Setter hunting dog. It was with that boot our tradition of loyalty to hunters began.

Our boots combine the determination of the hunt with the pride of a day’s work well done. Our commitment to the sport is what drives us. We are in the blinds, the stands, the swamps and the fields. We are tough enough to play hard and we work even harder. We are up before the dawn and stay long into the dusk. We are proud to be known as ‘the hunting boot that never quits.’

Like the loyal bird dogs who accompany their owners into the fields and woodland, Irish Setter boots don’t let up and don’t let down.

Vasque is a brand based in the adventurous lifestyle of travel and movement; with a beginning born out of travel, itself. In 1965 William D. Sweasy, CEO of Red Wing Shoes, journeyed to Europe where he became fascinated with the backpacking and day hiking culture sweeping across the continent. Sweasy knew it would only be a matter of time before this outdoor pastime found its way across the sea and became a new recreational niche of the American people; and he wanted Red Wing Shoes to pioneer this niche.

This is how Vasque was born, and for over forty years we have been setting the benchmark for outdoor recreational footwear. From trail running to hiking to backpacking and beyond, we are setting the rules and breaking them as we blaze the trail forward. Vasque’s view on quality is to produce only the most lightweight and durable performance shoes for your venture into the wilderness so no matter where the trail takes you, you will be able to get there. 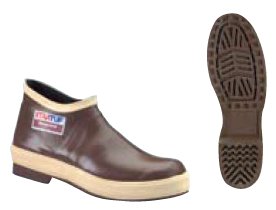 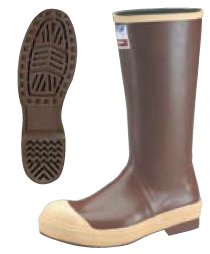 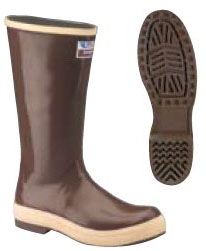 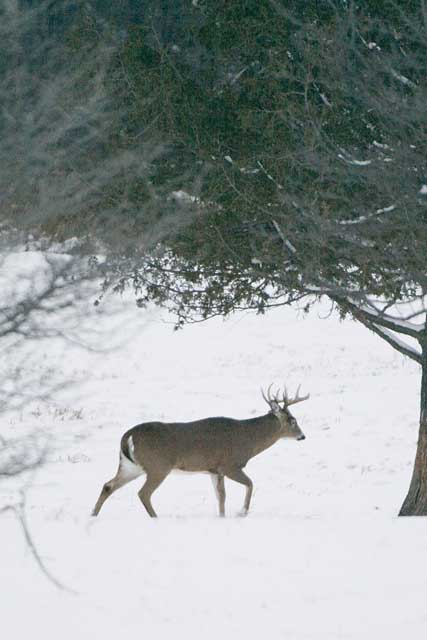 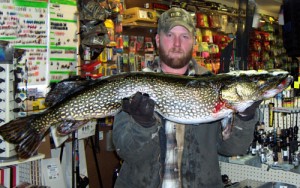 We are getting Ice Fishing Products in Daily as the weather cools, and hope in another week we will be ice fishing.

Welcome to Jacks Sport Shop your fishing and hunting headquarters. The Detroit Free Press listed Jack’s Sports Shop as one of the Top 3 Sporting Goods Stores In Northern Michigan! We have been in Kalkaska Mi since 1965.

We now have an Ebay store please click on the link to check it out, Why pay Retail when YOU can pay Below WHOLESALE!!

Dan Doherty owner of Jack’s is scouring the United States looking for the best prices on quality merchandise that will give you the most bang for your buck.

Your archery and crossbow headquarters

We have a full line of hunting and fishing supplies for your every need. Come see the lab’s Jack and Woody who our official door greeters.

We have the largest selection of live bait in Kalkaska county

Your archery and crossbow headquarters

If you are looking for the complete package of quality, reliability, balance and performance, all at a good price, you’ll find everything you need right here. We suggest you follow your instincts and give DARTON CROSSBOWS a try! You’ll discover what thousands of your fellow sportsmen have: 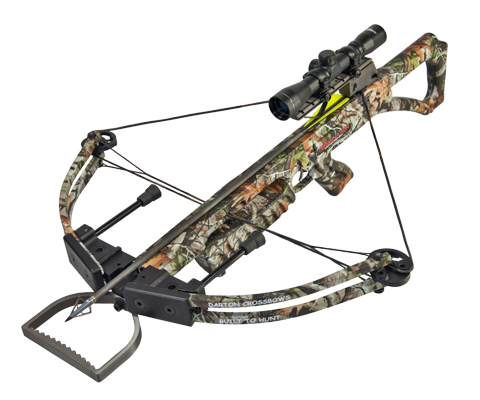 The trigger forward design used with the Terminator Crossbow allows for a longer power stroke and more performance with a better balanced feel. All of Darton’s quality components are used with a new integrated composite stock-barrel platform to give you the best value in crossbow performance. 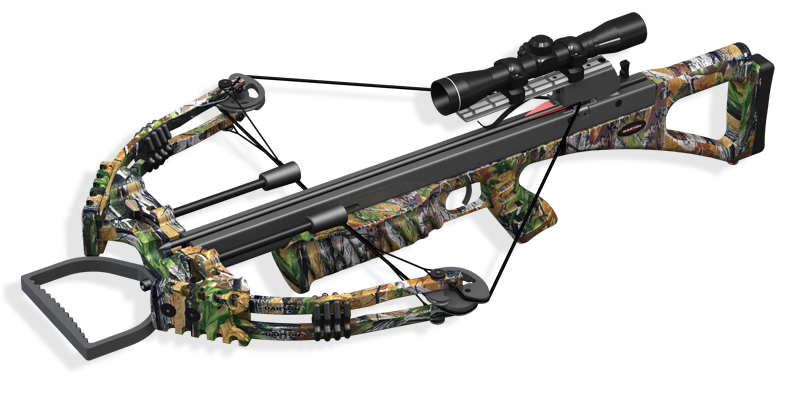 The Serpent is Darton’s AWARD WINNING and BEST SELLING CROSSBOW! The compact frame with a trigger forward design has raised the bar in crossbow evolution. Proven performance, feel and accuracy are what you get from this crossbow. 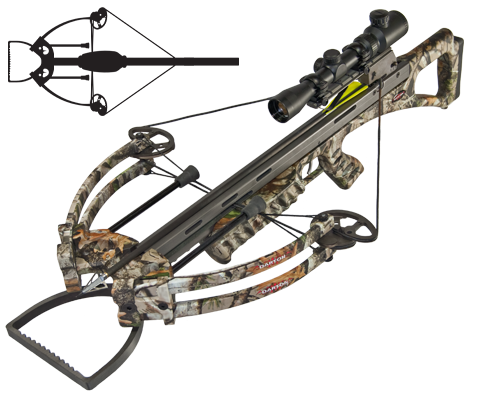 The Viper delivers satisfying performance with its modest 170 lbs. draw weight. You will find that most hunters won’t bother with a cocking aid because of its uniquely smooth power stroke. This compact and well balanced crossbow helps make shooting feel effortless. Like the Viper SS Xtreme, enjoy the Quiet, Shock Dampened and Extremely Accurate shooting on your next hunting experience. 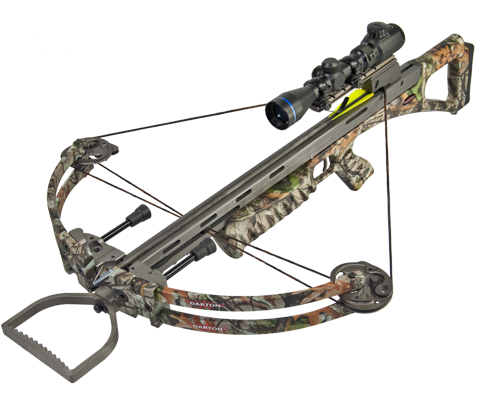